NVMe SSD vs. SATA: Which is Better for Your Data Storage Needs 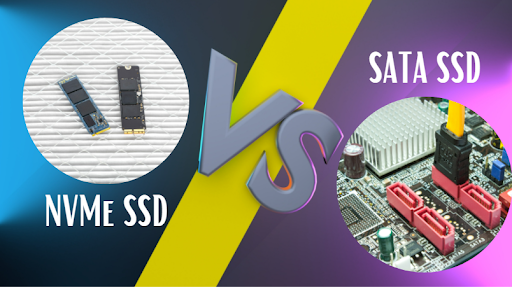 Memory devices have consistently revolutionized the computer industry and all the sectors that use computers too, and their contribution to advanced computing is indispensable.

When it comes to modern memory, the invention of Solid State Drives (SSDs) was a significant breakthrough, and this device has only evolved positively ever since.

With all that said, there has been a constant debate about the similarities and differences between memory devices like NVMe SSDs and the standard SATA devices, and we have put together a series of information on NVMe SSD Vs. SATA to help you navigate the debate.

NVMe SSD vs. SATA: The Overview And Comparison

It is no news that SSDs are fast, and when you include “NVMe” or “Non-Volatile Memory Express” to that, it essentially allows modern SSDs to function at really fast write/read speeds, to the fullest capacity of their flash memory.

Here, the flash memory operates as an SSD, and hence it is not limited by SATA (Serial Advanced Technology Attachment) speeds. NVMe drives are also available in both PCIe or M.2 card form factors, and in both cases, we have the component connecting directly to the PC through PCIe instead of SATA, hence the increased speed.

When it comes to SATA devices, if a drive is connected to a computing system utilizing a SATA controller (Serial Advanced Technology Attachment), it only establishes the interface. For actual communication between the drive and the system, a host controller interface such as an AHCI has to be introduced. During the beginning stages of SSDs, the SATA-AHCI combination worked quite admirably, but over time, they simply could not provide the required bandwidth for SSDs with increased capacities.

The capabilities of SSDs and their drive speeds are expanding every day, leading to a need for better alternatives that are more scalable, and this is precisely what NVMes provide. NVMe is unanimously the best storage interface used in all computing devices like laptops, desktops, etc. They offer a dramatic difference in Read /Write speeds compared to other conventional interfaces like SATA.

Workflow of NVMe and SATA: Which SSD Technology is faster?

Serial ATA technology was invented in 2000 to improve the performance of the Parallel ATA technology, which was widely used then. Both parallel and serial ATAs worked well with the traditional HDDs (Hard Disk Drives) prevalent in the early 2000s.

After the introduction of SSDs (Solid-State Drives), there was a scalability issue, and the performance limit of PATA had been reached. This gave birth to SATA-based SSDs that offered increased Read/Write performance. An overall increase in system performance up to 15 times better than the HDD drives was recorded, which was a great win.

You can find SATA drives of different memory capabilities like 500 GB, 1TB, 2 TB up to 16 TB, and the costs are pretty reasonable too. If you require cheap storage and your emphasis is not on high performance, SATA SSDs will work fine for you. When talking about regular SSD, it is an SSD with a SATA interface, a logical interface that connects an SSD to the motherboard through SATA cable or PCIe (M.2 comes under PCIe Interface).

However, it would be best if you considered that data is being written to a disk physically, and there is more risk of fragmentation in the case of SATA SSDs. Data sectors can be distributed over different parts of the disk and can dramatically slow the drive down. Besides, they are not the best drives to use in laptops as they are vulnerable to sudden movement or shock. 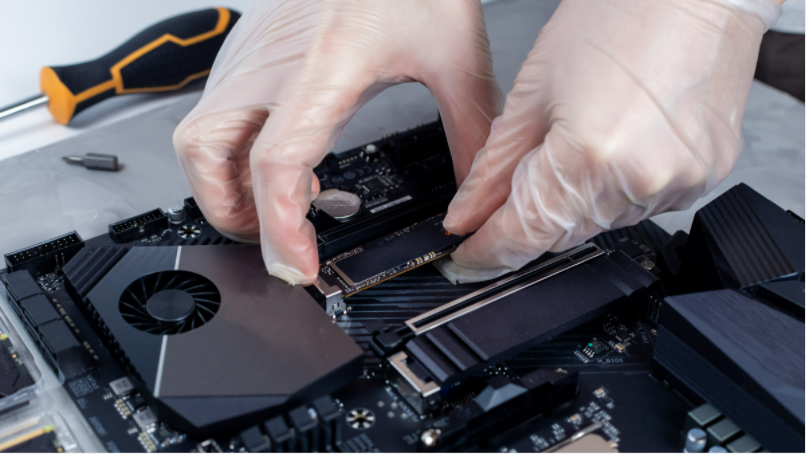 Non-Volatile Memory Express technology was brought into the picture in 2011, mainly to override the bottlenecks of SATA drives. NVMe technology uses the PCIe bus, which helps improve the bandwidth potential to a great extent for storage devices.

The NVMe technology opens up the room for great potential for storage devices through increased efficiency and improved performance. In an NVMe storage interface, the memory doesn’t get deleted when the system reboots, which serves as better performance. All these facts make it evident that NVMe drives work with better speeds than SATA drives around for years.

To better understand the difference, take the industry standard of PCIe, which is 985 Mbps for one lane. NVMe drives can use four such lanes and can achieve 3,940 Mbps speed at the maximum. The variation is enormous, making NVMes better than SATA SSDs. NVMe is a logical architectural algorithm operating within the SSD and using the M.2 interface to provide the fastest possible data transfer rate.

Why is it worth it to use NVMe instead of SATA?

Before you decide the type of memory device to use, there are a ton of considerations to take into account. You must select the option that fits your technical aspects, capacity requirements, and budget constraints. People usually get confused with the idea of having the best in the market and the best-suited option for them. Here are some practical guidelines to help you find what suits you best.

You do not have to stick to using just one hard drive as PCs generally support using multiple hard drives at a time. You can essentially get the best of both worlds in this scenario. For instance, a high-performance application such as video rendering software can be run on an NVMe, and the file can be transferred to a SATA drive that is larger and cheaper.

Even though there are multiple options, it is always better to choose the state-of-art NVMes for proper operations. In this case, you can always rely on the device for great performance and compatibility. Considering the physical properties of NVMe drives, you can avail them in different forms like an m.2 stick (m.2 NVMe), with 22 mm width and various lengths from 100mm to 30mm. These sticks are perfect for all computing devices, even for the ones with small form factors. 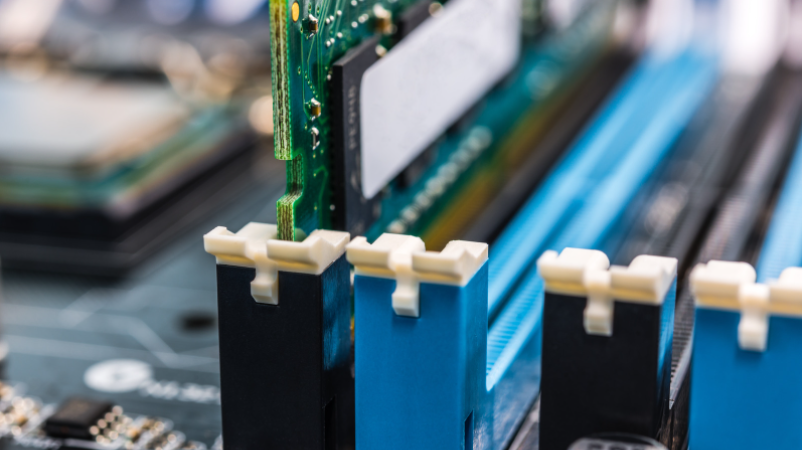 In addition, SATA SSDs are the first generation of SSDs and have a maximum read speed of 300MB per second, depending on the condition and fragmentation of the disc. Almost all SATA SSDs communicate with the computer using the AHCI (Advanced Host Controller Interface) protocol, increasing latency and creating a bandwidth bottleneck.

In comparison to an AHCI controller, the NVMe controller has a lower latency and can process an additional two thousand commands to or from the disc. To get the best performance out of an NVMe disc, make sure it is connected via PCIe (Peripheral Component Interconnect Express).

NVMe drives consume less power than other traditional memory drives, and from a business perspective, it reduces the TCO or Total Cost of Ownership of companies. Besides, access to data is faster than ever in this case. NVMes have also proven to reduce latency rates and deliver higher IOPS (Input/Output per Second) than any counterpart in the market.

There is more to choosing a suitable storage device for you than choosing what is on top of the shelf, but you cannot deny the advantages of using what is best in the market. NVMes can bring about a dramatic improvement in execution, performance, and speed, and you get more than what you pay for in terms of performance.

The return on investment here is high, and you need not worry about being frustrated by low read/write speeds. Besides, you are doing good to the environment by reducing the e-waste footprint by replacing Multiple SSDs with a single NVMe.

Now that you understand the core differences of NVMe SSD vs. SATA, we highly recommend that you choose NVMe over SATA. And if you need a storage solution for your business, make sure to check out ProMAX Systems, offering an array of centralized storage hardware and software for video professionals, teams, and agencies, including NVMe drives, SSDs, asset management, cloud storage, backups, archives, and more.