Benefits of NVMe Write Speed When Working With Raw Formats 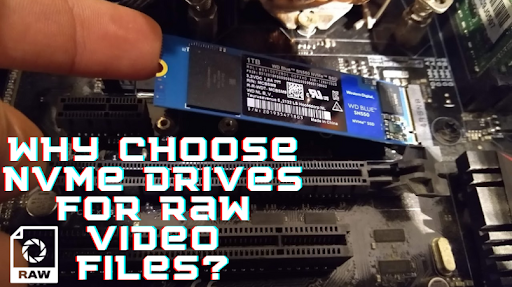 No one should be bothered by sluggish computing speed in times like today. It is often observed that due to the limitations imposed by HDD drives or even the SSDs, users have to deal with slowed processing.

However, with the evolution of technology, a new era of superfast NVMe drives is here. NVMe write speed is way faster than HDD and SDDs, primarily due to the protocol. Unlike other storages that connect through the motherboard of the processing unit, NVME connects to m.2 and u.2 that allows NVME to offer the fastest speed amongst its peers.

This article will address the problems of professionals working with raw formats and explaining how NVME drives can help eliminate all their issues concerning reading-writing speed.

NVMe drives can certainly help businesses improve their efficiency by offering the highest of speeds and taking the extra time off a computing system generally takes without NVMes.

NVMe eliminates all the issues with employing old-school storage while using the least of the system’s processing capacity. By utilizing a non-volatile memory system, NVMe drives offer the fastest delivery and response times, higher bandwidths, and a low-latency experience.

For companies dealing with video production and editing, it is crucial that they invest smartly in their computing devices or else face the consequences of delayed deliverables and an irritated team. Users of regular storage devices regularly come against the hassles of slowed exporting of files.

Complex computing jobs like video post productions require skilled teams to collaborate on different levels to ensure the highest qualities. With the rigid limitations of physical storage, like file size, and bandwidth, a team will likely work together, making post-production a nightmare. 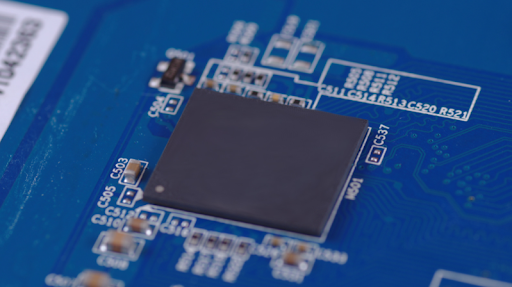 Data is typically stored on post-production servers using error checking and virtual storage systems, which protect the data from accidental loss or hardware failure. NVMe also ensures the security of data by eliminating all the affecting factors. No data is ever deleted even if the computer is turned off, enabling users to work on their projects without the fear of data loss.

Most physical storage devices use the CPU cycles of a computer and thus offer limited speed, whereas NVMe employs its multiple high-speed PCIe lanes. SATA and SAS devices are designed to handle severe data load at once, which is not the case with PCIe-based NVMe drives. Owing to the tiny form factor and minimal infrastructure NVMe boasts, it dramatically reduces processing power usage.

PCIe express lanes are the latest technology and use several data paths, wherein each path ensures a transfer speed of 985 megabytes per second. A general NVMe drive comes with a minimum of four such data lanes, guaranteeing a minimum of four times the rate.

How long does the NVMe last?

NVMe, Non-Volatile Memory Express, is well known globally due to its edge over competitors, other flash storages, HDDs, or the latest SSDs. Numerous professionals in the space are using NVMe as it has been around for quite some time now.

Third-generation PCIe bus offers up to 16 lanes for use, offering speeds of up to 1 Gbps. You can have one, four, eight, or 16 lanes in a single PCIe slot, increasing your video editing computer’s performance manifold.

NVMe is placed right atop PCI Express, linked directly to the CPU. This allows NVMe drives to be not affected by the reductions of the ATA interface. This arrangement enables NVMe to offer almost four times the I/O and ten times the seeking rate.

RAW formats are large and complex files that require high-speed and ultimate processing power to be read and written hassle-free. Video production requires multiple streams and back and forth visiting over these RAW files, which is beyond the capacity of the old-school flash storage devices.

We aren’t exaggerating when we say raw files are very large—the greater the frames per second (FPS), the larger the file. The uncompressed frame size is approximately 5MB. When you record a 30FPS video, one frame consumes 150MB. Just imagine the size of full-blown video files!

With increasing resolutions and technological upgrades, professionals often find themselves amid long export spans for files that are not even considerably large. Once NVMe is installed, one never has to worry about the system’s processing performance issues or whether the transfer speed affects I/O rates.

An NVMe drive operates at the maximum rate of a hundred times faster than the fastest Hard Disk drive in the market to give a picture. It can perform up to 64,000 command queues at the same time. Generally, a system requires a fraction of the same power to offer high-end processing of tasks.

NVMe Drives can use 4 PCIe lanes, which theoretically translates into a maximum of 3.9 Gbps (3,940 Mbps). Irrespective of the form factor, NVMe directly communicates with the CPU and works with all major operating systems. 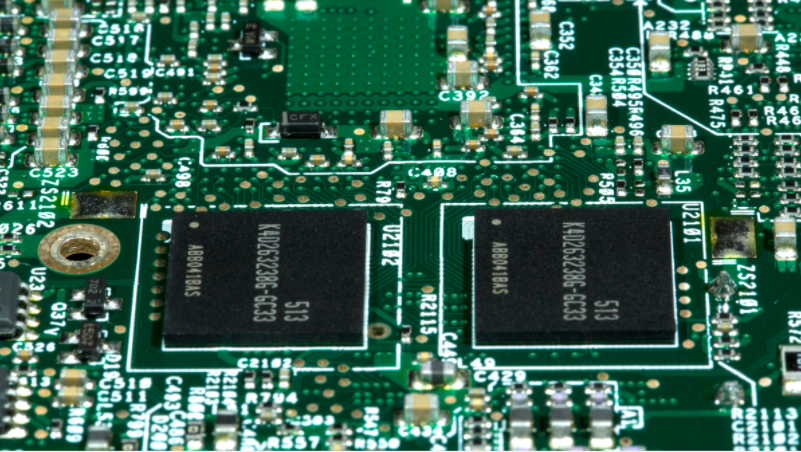 NVMe drive storages are NUMA (Non-Uniform Memory Access) optimized and substantially scalable storage devices that connect the host system to the memory subsystem. NVMe SSD drives will take your application’s response time and the time taken to boot the system; it is especially preferred by large agencies who constantly work with large complex RAW files.

NVMe is a storage interface protocol that communicates through high-speed PCIe, regardless of the storage form factor, between the storage interface and the system CPU. The PCIe bus of the third generation supports up to 16 lanes and supports data transmission rates of up to 1 Gbps. One, four, eight, or seventeen routes can be configured in a single PCIe slot to considerably increase your video editing computer performance.

PCIe 3.0 — the standard PCI Express — has a maximum speed of 985 Megabytes per second (Mbps) on each path. NVMe drives can use 4 PCIe lanes, meaning 3.9 Gbps of the top theoretical speed. NVMe reduces latency and increases your workstation video editing IOPS (input/output per second) by up to 100 times the rate of access to conventional hard drives compared to older hard disc drives. Furthermore, data is stored in flash memory that lacks moving parts, reducing the chance of data loss due to disc failure.

For industries and agencies to work profitably, the cost of owning the resources must be kept at the bare minimum without compromising on performance. NVMe drives reduce latency while simultaneously delivering higher IOPS (Input/Output per second) than other drives designed for mechanical storage devices.

As the NVMe protocols are compatible with all major operating systems, the hassle of having a device driver is eliminated from the very start. Additionally, as NVMe drives utilize thousands of commands, it manages to deliver benefits of SSD’s speed and the transfer rate of the PCIe interfaces.

As allowed by NVMe controllers, NVMe host software can create as many queues as possible for maximum performance. NVMe supports scatter/gather IOs, minimizing CPU overhead on data transfers, and even provides the capability of changing their priority based on workload requirements. Unlike other storage devices, NVMe SSDs drives are compatible with different form factors, such as U.2, M.2, and other add-in cards.

If you want to be assured and work hassle-free, you must choose wisely over the kind of storage you intend to incorporate. An ultimate editing setup is the one that ensures reading and writing speed that is unbothered by the limitation of the computing device but rather complements the shortcoming with its superior capacities.

NVMe drives are designed to make editing and similar complex tasks less of a nightmare and more of an activity of joy and creativity. NVMe drives allow users to dwell into the most superior working performance while not using most of the system’s capacity. Understand that choosing a suitable storage device is essential as they ensure the key performing factors while working on high-end tasks.

If you’re on the lookout for world-class video storage solutions, visit ProMAX Systems. We offer storage solutions to users, allowing them to be ever at their performing peak. Our storage solutions include NVMe drives, SSDs, backups, archives, and other relevant services for professionals, agencies, and collectives alike.