Returning to concert touring together for the first time in a decade, Tim McGraw and Faith Hill have reaffirmed their position as the reigning King & Queen of country music. From April to October 2017, the pair soared through 80 shows.

The Soul2Soul Tour proved fun and memorable for the couple and their fans. So almost immediately after the tour ended, Tim and Faith extended the songfest. Twenty-five more performances have been lined up for summer 2018. 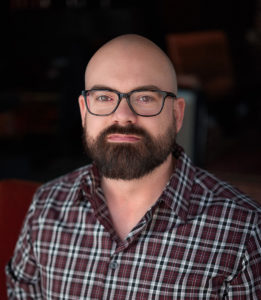 As Senior Director of Marketing at the entertainment management company EM.Co, James Stewart and his colleagues manage Tim McGraw’s career and business needs. For James, this meant that 2017 was all about Soul2Soul.

James was chiefly tasked with making certain that every moment of every performance was captured for a video documentary. This required lining up the personnel and electronics—everything from hiring experience camera operators to purchasing a new suite of electronic gear for editing and polishing the video.

At the top of James’s “I gotta have it” list was a server with a Nashville-sized archive.

“When I started, I had a collection of 12-tarabyte Raid G-Tech drives, Excel spread sheets, and physical boxes full of things about Tim. There was a lot of stuff and it wasn’t really organized meticulously. I’ve got every photo, magazine article, and video ever made about Tim—across every format known to man,” James says.

But archival material was a drop in the bucket compared to the storage capacity necessary for the documentary. To give viewers the tour’s best moments, filming covered all of the power couple’s shows, crowd shots at every stop, and what went on behind the curtain.

As James considered a variety of equipment solutions, he kept coming back to ProMAX as the best fit. His experience in the first few weeks of the tour proved he made the right call.

“ProMAX’s support was phenomenal,” he said, about a week before the tour documentary made its public debut on Showtime in November. “Right now, it [the server] is almost full at about 95 percent of the 150 terabyte capacity,” he says. “We shot everything in four, eight, and 10K, and it’s all doing fine. I trust the system and it hasn’t let me down for a moment.”

A lot rode on the Platform’s stability but there were no worries.

Catch a showing of Tim & Faith: Soul2Soul on the Showtime channel.