Although SSD storage devices have been around for a long time, a new type of solid-state drive is gradually taking over the market. NVMe SSDs are the new standard for the highest possible data transfer rates and are already being used in several business scenarios, including finance, eCommerce, customer service, and DevOps.

NVMe spec computers are extremely fast as these devices take advantage of streamlined command sets to parse data efficiently. If your existing video editing setup seems to be slowing down your editors or planning to work on larger raw files (UltraHD, 4K, 8K, etc.), it is in your best interest to upgrade to NVME computers.

These devices can eliminate delivery bottlenecks while consuming minimal resources by leveraging non-volatile memory in all kinds of computing environments, delivering faster response times, higher bandwidth, and low-latency user experience. Owing to these benefits, more and more editors approve the specification of NVMe computers while working with video files.

Keep reading this blog to learn why the specification of NVMe computers are the perfect fit for video editing workstations and how to choose the proper configuration to fit your needs and budget.

How to Choose Computers for Video Editing?

When choosing a computer for video editing, there are tons of choices, be it desktops, laptops, pre-built devices, or custom builds. However, if you’re dealing with 4k and 8k videos, you need a computer that can seamlessly handle and process commands without consuming much of the device’s memory.

With larger video files, average computers will crash frequently or freeze almost every time you edit something. Hence, it becomes even more critical to invest in the correct configurations for a video editing PC.

But how do you choose the right specification for NVMe?

The first thing that you need to do is decide which video editing software you’ll use. Next, you’ll need to consider the device’s processing power, storage space, video card, RAM, and storage type. Usually, video editing computers offer faster processors, more RAM, and high-end graphics cards than a daily use PC. 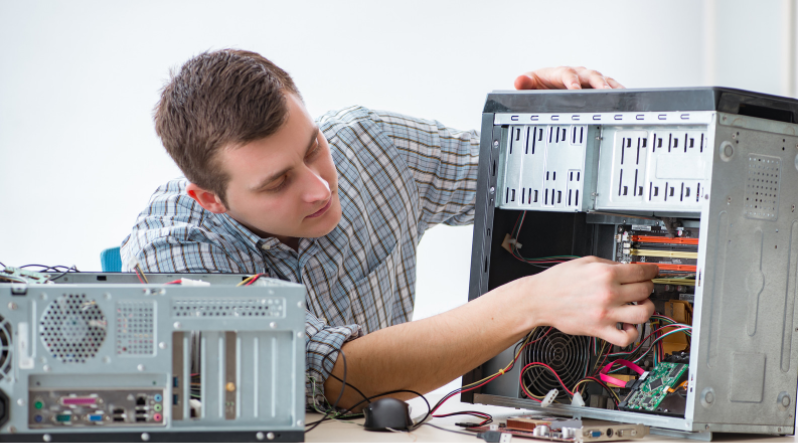 That said, here’s a quick rundown of the different components to help you better understand what each does and how they affect your editing computer’s overall performance:

When choosing a CPU for video editing, look at two aspects: the clock speed and the core count of the CPU. To run programs, the device’s CPU continuously performs calculations. And higher clock speed allows your device to run these calculations quickly. You’ll want to invest in a processor with a high base clock speed, measured in GHz (gigahertz).

For video editing, you’ll need enough RAM to cache the preview files. Depending on the resolution and bit-depth of your video files, you’ll have to choose the RAM. For instance, 8GB RAM works decently for 1080p files. However, it is a good idea to invest in 16 or 32GB RAM as you’ll be able to work on 4k files and run multiple programs (Photoshop, After Effects, etc.) at the same time.

Depending on your budget and storage needs, you can either opt for a SATA SSD or an NVMe SSD. While SATA SSDs are smaller in size (up to 4 TB) and are much faster than HDDs, they utilize the older SATA III protocol, which is slow (up to 600 MBps). On the other hand, the newer NVMe SSDs offer similar storage space and connect directly to the PCIe slot, offering breakneck speeds (up to 5000 MBps). If you want fast transfer speeds, a lag-free editing experience, and the option to edit multiple large raw files simultaneously, invest in an NVMe SSD.

Have you ever noticed how large the raw video files are? Although bulky, these raw files play a significant role in the post-production workflow.

As the name suggests, raw footage consists of long, unorganized files. You’ll need to shuffle through a lot of professional software and switch between tabs simultaneously to arrange these files into editable pieces. And even if you organize the files, you’ll need to keep the original copy intact.

All of this will take a toll on your editing workstation. Editing computers require a lot of storage space and processing power to work with raw video files, which is why choosing the correct specification of NVMe is so important for post-production.

NVMe is fast, really fast! That’s because NVMe SSDs can read and write data much faster than SATA SSDs. It utilizes the PCI Express (PCIe) data transport layer for graphics cards. Third-generation PCIe bus offers up to 16 lanes for use, offering speeds of up to 1 Gbps. You can have one, four, eight, or 16 lanes in a single PCIe slot, increasing your video editing computer’s performance manifold. 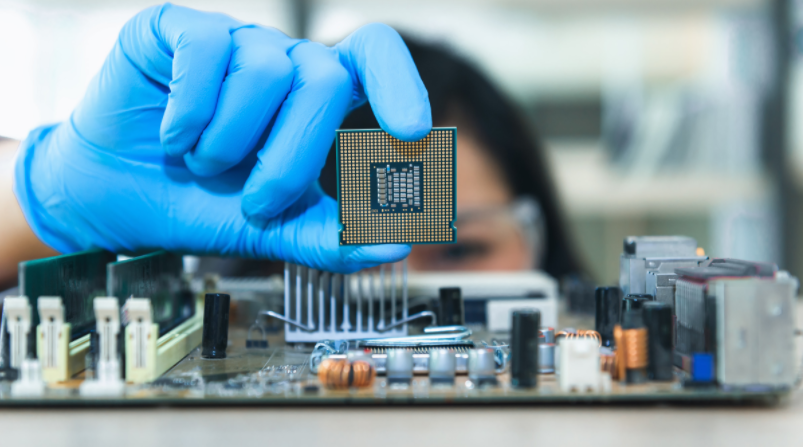 NVMe Express spec not only provides faster data access but also consumes less power. This makes it less expensive for businesses looking to cut costs, and it means longer battery life for mobile devices. Compared to the older hard drives, NVMe lowers your editing workstation’s latency and increases its IOPS ((input/output per second) while offering access speeds up to 100x faster than traditional HDDs.

As a result of this unique configuration of inbuilt parallelism and increased bandwidth, NVMe storage enables the device’s multiple cores to read and write data simultaneously seamlessly. And to top it all, data is stored in the flash memory that doesn’t have any moving parts, lowering the chances of data loss due to disk failure.

Summing it up, listed below are the significant advantages of NVMe:

We are big fans of NVMe SSDs, and we highly recommend them to everyone who wants a top-performing workstation, especially for editing high-quality videos.

That said, we would also like you to understand that although an NVMe spec computer will make editing seamless, not all NVMe SSDs are alike. Several factors, including the controller and the number of PCIe bus lanes, play critical roles in the overall performance. Please take into account all of the aspects we mentioned in this blog. Finally, consider your requirements and budget before buying a new PC or upgrade your existing video editing setup.

If you need more assistance in choosing the right specification for NVMe, feel free to connect with a ProMAX System Expert to learn more about our fast shared storage for video editing workflows.