Creating a Workflow Team will actually use pt. 3

Missed part 1 and 2? Check them out here:

In our industry, a simple workflow generally has four areas: media organization, media protection, media security, and storage-based management. This workflow covers everything from ingest of new material to archiving old material. You'll come to understand the entire flow of your work.

The procedures you put in place apply to any platform that you have. The questions, answers, and design are the same, whether your system is small or large.

The video example below is a ProMAX Platform 1000 with a Thunderbolt drive attached to it. The Thunderbolt drive is where our camera footage comes into the system. That all hooks up and I have a library also attached to a tape-drive memory system. But you might be editing in the creative cloud in Adobe Premiere Pro on a Mac or PC. The same rules generally apply.

My aim in this video is to show an example of a correct and common media workflow that shares the pitfalls that your team faces.

Your storage and media may be scattered all over the place. You may lack a declared project structure. Sometimes, you can't find assets you need for a project. Or everyone has access to everything and somehow this is causing major problems. There's no way to archive and retrieve things. And there are no backups throughout the workflow.

For storage management, it's critical that you are using a common interface. You risk ending up with drives and media all over the place. It's hard to find anything. 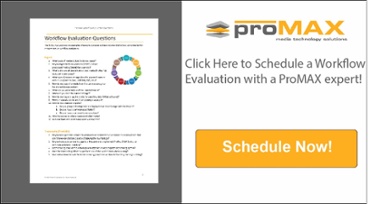 Create a project structure. Do you have a common folder structure that you use? This lets you look at an organized listing of all of your project materials. You may need an edit folder, a final folder, a graphics section, producer info, and more. In the end, you may add more folders for raw footage, editing footage, etc.

As an illustration, suppose you are creating a video based on a hockey interview that you shot. Name the file "Hockey Interview 1." In this example, you also have other hockey footage. Put this material in the main RAID group or wherever you want to store it. Give it 50 gigs or 100 gigs because that's not a lot of space.

You’re going to index the project, make it searchable, and make project files available for those who need access. You should also set up your system to generate proxies automatically of any footage that you drop into that space. This allows use at low-res workstations. Need a quick look the hockey interview? Jump right in and watch it.

Maybe you have Red footage coming at 4K or higher and you don't have a high-res workstation available. And say the producer or somebody else wants to look at this footage ASAP. Hit "create" and the Platform system duplicates that particular template. The producer can now watch the low-res "Hockey Interview 1."

If you eventually mount your project, you can go into Finder and take a look. What you will see in "Hockey Interview 1" is the same folder structure with the same items as in the original file. You may rename this now to "Hock Inter 1." When the file goes to edit, the editor gets the version required for the task.

Suppose as part of organizing media, you also want to bring in some other pieces of video. If you own the footage, it obviously connects to a card reader or to a laptop or you can ingest the footage from the server itself. Search the server for the footage, telling it that you only want it to look in its video files. It will find what you want. The system will index everything and create thumbnails for it. You can pick the ones you want and it will ingest them.

But suppose you want to ingest everything. You're going to copy them into a project folder. "Hockey Inter 1" goes into the folder, which pops it into the raw footage. This copy will go through the ingest process and it's going to happen from server to server. From the drive, it will be attached to the server. You're off and running. Additionally or alternatively, you could have done this by grabbing the footage, copying it, and moving it over directly to the server. This is what most people do to copy a version.

Metadata management comes into play when you're prepping a project for editing. You write these metadata tags yourself and assign them to an asset. For instance, you can order the system to drop any graphic files with a certain metadata tag into a specific graphics folder. Build your metadata tags so any files tagged with the same rules are dropped into a specific graphics folder. You can write rules about such specifics as the date when footage was shot, labeling files as videos, and the name of the client who commissioned the project.

Until recently, few of us bothered with metadata because it takes time and becomes monotonous. Now there's a better tagging system—automation. A great time-saving tool. Software now does the tagging. Searching for specific assets is suddenly easier because everything gets tagged. Of course, you can still go in and tag things individually as you wish. But with automated tagging, you can search for specific asset tags, ask for them, and have on your screen in moments.

After you've ingested footage and built your structure, you need to address the need for various people to look into your files. This is where permission management comes in.

Perhaps you have hired a freelance editor to work on your hockey project. Before the freelancer arrives, run a backup on the project that he or she will be working. You've spent all that time ingesting and setting up metadata on this job, you want to make certain all is safely in hand. It makes no difference whether you are using a tape drive, a RAID group, or an LTO system, it's the same story. Make sure you have a backup.

By the time the freelance editor arrives for work, arrange for him or her to have access to the company system. But don’t allow universal access. When the editor logs in, limit access to the specific project.

As the editor goes to work, you are free to relax. You've nailed the art of managing permission while protecting your company's assets. 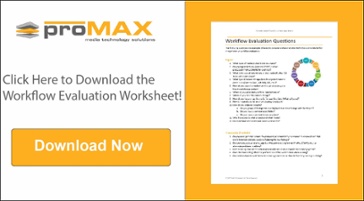